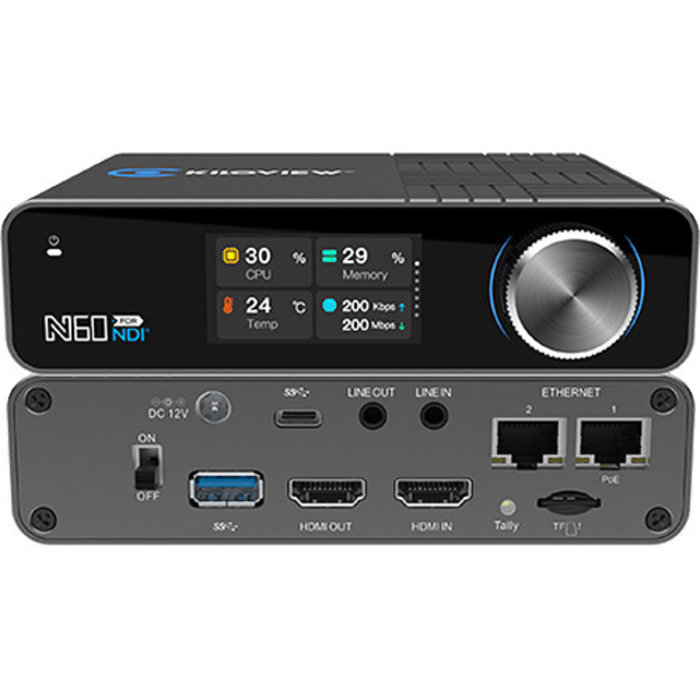 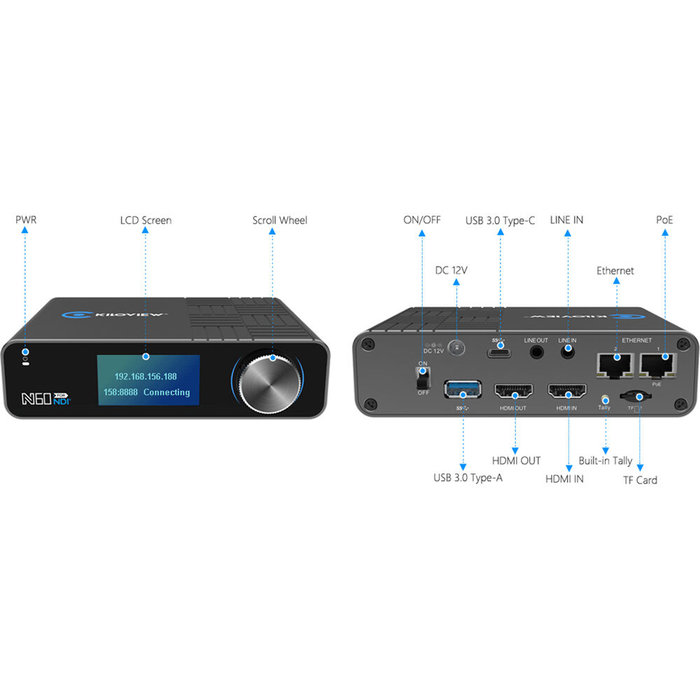 In the encoding mode, KILOVIEW N60 can encode a 4K HDMI signal into an NDI and NDI|HX video stream.

In the decoding mode, KILOVIEW N60 will automatically adapt the NDI and NDI|HX format as your end needs.

KILOVIEW N60 will take care of your 4Kp60 video transmission.

Better color performance: Up to YCbCr 4:2:2 and 10bits color depth

The N60 supports a professional YCbCr 4:2:2 color space and a 10-bit color depth (the common 8-bit color depth is also available). N60 promises higher color and image quality, particularly to fulfill the needs in the broadcasting and medical imaging industries that bear no color fringing.

With USB extensions available, you can achieve unlimited possibilities by seamlessly bringing NDI technology to your applications such as video conferencing, image processing, PTZ camera control, and more.

* Note: As an advanced function, you need licenses for full functions.

With ultra-low end-to-end latency, KILOVIEW N60 is a powerful bi-directional converter that supports every second of your 4K video transmission over IP.

The Kiloview N60 is designed for better user experiences.

At the back of the N60, there is a built-in small tally to show the status.

Just plug in a network cable, and you can easily access both the power supply and network transmission.

It also supports DC 12V power supply and can easily power the device with a portable charger or camera battery.

TF storage guards your recording and prevents you from losing video frames caused by network delay, network interruption, or fluctuations.