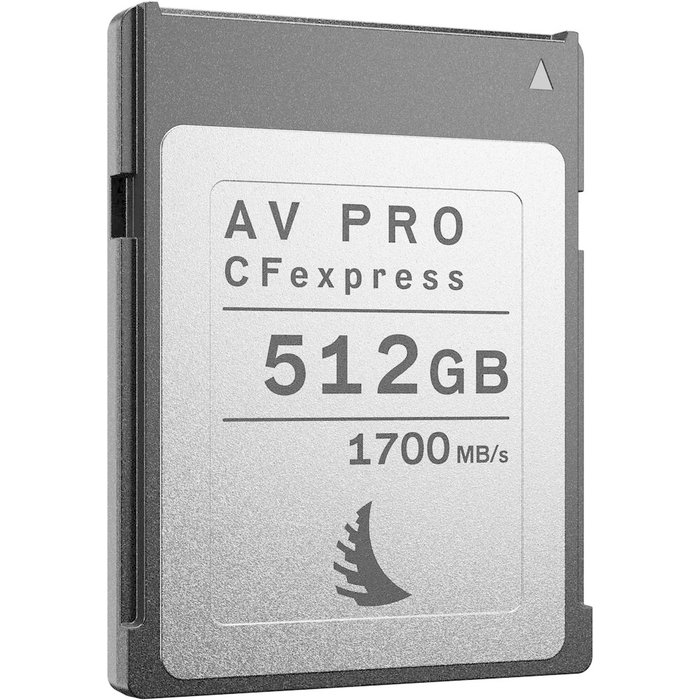 Angelbird's 512GB AV Pro CFexpress 2.0 Type B memory card is designed to deliver reliable, long-lasting performance for raw and burst photography, as well as Full HD and raw 4K, 6K, 8K and 12K video, with a lower power consumption and helps capture high bitrates. This card has a capacity of 512 GB and uses the PCIe 3.0 x2 bus to support maximum read speeds of 1700 MB/s, maximum write speeds of 1500 MB/s, sustained read speeds of 1000 MB/s, and sustained write speeds of 1000 MB/s to deliver.