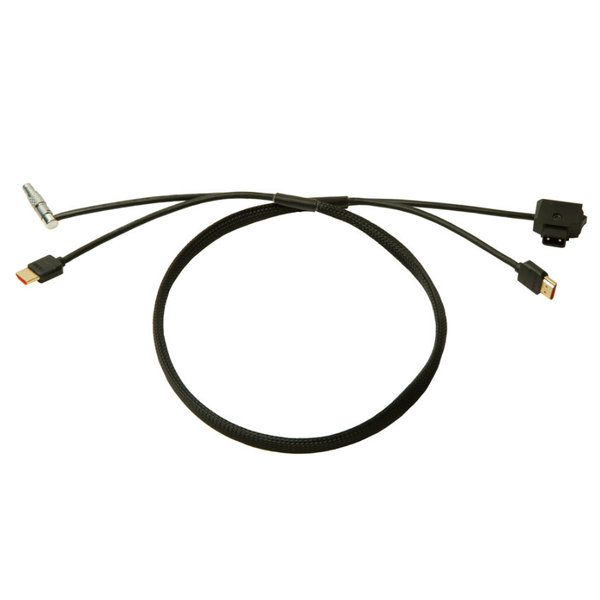 This combined power and video cable consists of a HDMI cable with HDMI-A plug to HDMI-A plug and a power cable with 2-pin D-Tap plug to 4-pin Lemo plug. The D-Tap plug has a power switch. The cable was developed especially for the Micro-OLED viewfinder Kameleon EVF by Zacuto and enables its operation with the simultaneous transmission of the video signal via HDMI.